A ring of coral that naturally developed around an island’s shoreline and continued to develop upward further taking over the island, causing it to erode away slowly is called an atoll. Atolls are generally reef-building corals that flourish only in warm waters. Thus they are only commonly found in the tropics and subtropics. Composed of colorful reefs, thriving marine life and turquoise lagoons, these Robinson Crusoe settings are often the starring images in many beach postcards. If diving is your thing, here are some of the best atolls in the world to plunge into. 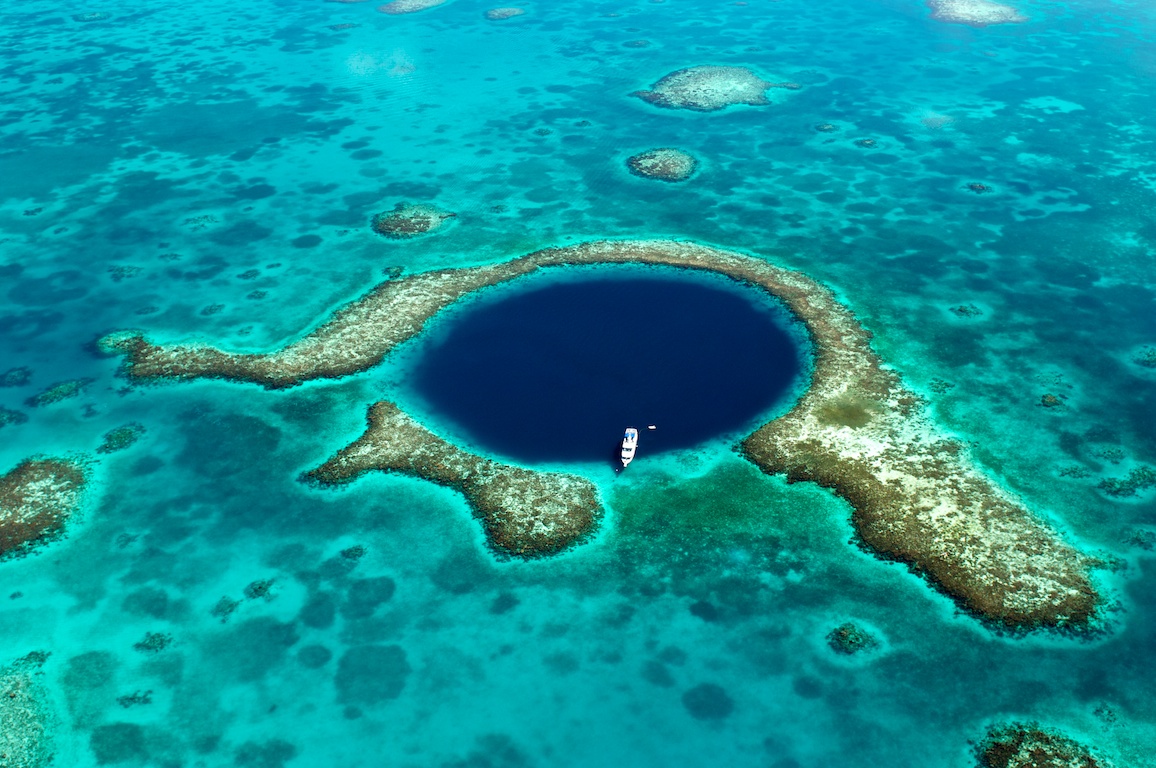 Recognized as one of the best dive spots in the many islands of the Philippines, the Tubbataha Reef is made up of not one but two atolls. Separated only by an 8-kilometer wide channel, this popular dive site with a North Atoll and South Atoll is marveled for its coral walls. Aside from these coral walls, the dive spot draws in many amateurs and experienced divers annually for the rapidly growing fish colonies and habitats.

The Belizian waters are home to a total of four atolls. Three of which can be found on the western hemisphere while the fourth one lies just north of Mexico’s waters. It’s most famous reef is the Great Blue Hole. Divers will find exciting limestone formations, and as they delve deeper, the scenery is a complex and fantastic array of more limestone and stalactite formations.

Recorded as the second-largest atoll in the world, the Aldabra can be found in Seychelles towards the coast of Africa. It is considered difficult to access and has virtually become untouched by human hands. Much to the delight of many marine biologists the island has not only remains pristine; it also happens to be the home of more than 152,000 giant tortoises.

Although a tiny country, Maldives is delightfully made up of 1,200 coral islands that are grouped into 26 atolls. Everywhere you turn you get to enjoy a castaway lifestyle with the abundant underwater life and water clarity that is unbelievable. It is not surprising that the primary activities in the area are snorkeling and scuba diving. The marine life that teems the waters is even made more surreal with the existence of several wreckages as its backdrops.

Listed as the third largest atoll in the world with a 2,489 square mile measure, Macclesfield Bank can be found in the South China Sea. Named HMS, the atoll is surrounded by China, Vietnam, Malaysia, and the Philippines. What makes this site unique? Macclesfield Bank is a sunken elongated atoll. Here divers will find shoals and underwater reef inhabited by a broad array of tropical marine creatures.

In search of a dive site that’s perfect for observing sharks rays, turtles and dolphins? The Rangiroa is loved for its clear blue lagoon waters and its diverse fauna and marine life. Made predominantly of large chunky coral, diving enthusiasts and photographers will enjoy this atoll immensely.